In 2019, ROGVIAN won the prestigious fourth place among the installers of structured cabling systems (SCS) in Bulgaria. This makes a second recognition for the company in ICT TOP 5!

In June 2019, the firm reconfirmed its leadership position of a TOP 5 installer in TOP 100 Technology Companies in Bulgaria – a survey of the Bulgarian ICT sector conducted by Computerworld Bulgaria and ICT Media. The study is one of the most prominent overviews of the technological sector in the country.

Apart from its financial results, the ranking distinguished ROGVIAN also with a review of five of its most significant 2018 projects.

Some of the most prominent projects in the company’s portfolio for 2018 are:

ROGVIAN ranks 11th among the top communicators with respect to its income volume. It further is a part of the best 100 technological companies in the country as a whole.

The prestigious ranking once again proved the stable and sustainable growth, which the company has been demonstrating through the years. It reconfirmed ROGVIAN’s leadership among the installators of structured cabling systems in Bulgaria and praized its signficant achievements and projects. ROGVIAN hopes to sustain the positive development trend and be yet closer to its clients. 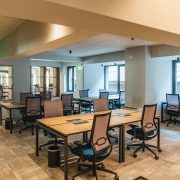 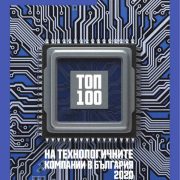 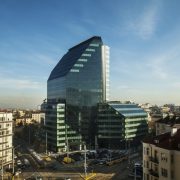